David Kronemyer on HiWatt Amplifiers. The dude David Kronemyer has a crazy resume, and in addition to everything else was an executive at Capitol and Atlantic records. 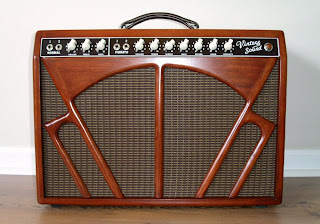 The Vintage Sound Classic is a pretty amplifier.

Sufjan Stephens sold 10,000 copies of the EP "All Delighted People" the first weekend it was available on Bandcamp. It debuted at #48 on the Billboard 200. He's on his own label. And his work is really interesting. The choir and orchestration are very tasteful and delicate. He's sold out two nights at the Beacon in November. Kind of reminds me of a cross between Donovan and Frank Zappa with that kind of modern indy-music vocal style.
His "record company" is Asthmatic Kitty Records.