Why I Am Cooler Than You

Is it because I'm so thin? No.
Is it because I'm richer than you? I measure my riches in friends and family so... er... no.
Is it because I have the new Delicate Cutters album on vinyl?
Yes. Yes it is.
You can see the cool just drip off of me. Plus also too I got to experience the amazing sound of playing a vinyl album for its first time. The first time is always the best because they vinyl begins to degrade after the first play. But it does sound pretty good that first time.
My record is signed! By the whole band no less. And let's face it, the cover art is pretty awesome.
I hate to be that guy but boy, 12" vinyl is nice. Big artwork on the cover. The funny and persnickety way the needle drops down on the record. It's just fun to hold.
I'm going to relax and listen to this record now. Because being this cool is just so tiring I need the break you know...
at August 20, 2012 2 comments:

Welcome to Standards and Practices Day in the Tyrannosaurus Mouse.

Actually, today's issues involve putting Prague Spring music up on Bandcamp so that our friend Ed can have his "Best Of" album. This work is being done while other machines are rendering.

Ripping music from my own CD's is not quite as easy as I'd hoped. But now I'm using Exact Audio Copy. Nevermind the spammy ads on their website, it comes well recommended. And although it won't actually fix the little glitches I'm getting in the song "Real World", at least it'll tell me that Real World needs to be fixed (and since the glitches appear in different places each time I rip the song I can edit together an unglitched version.

I've been trying to figure out the best naming scheme for ripped songs. There is advice on the Internet about this:

(with /disc 1, etc. after album for multidisc sets)
Via.

Ed McNamee wants me to make a Prague Spring "best of" album. It would go like this:

Retrograde
the best of
Prague Spring

All Songs by
Andrew Bellware
y   A Handful of Quietness - 1992
d   A Garden of Kisses - 1993
f   October River - 1995
I think I have to make a Bandcamp.com account for Prague Spring and put that music up first. "Retrograde" is, of course, my name for the record as Ed had suggested "Perennials" which to me doesn't exactly sound like Prague Spring. But who am I to say what Prague Spring sounds like? Oh. Right. Exactly.

So a thing I like about Pamplamoose is how the kick drum sounds like a real kick. Or at least on this song it does. I kind of appreciate that orchestral/band bass drum sound. The trick is of course to get that sort of sound to work without the entire mix sounding like mud.
at August 05, 2012 No comments:

Do you like to get into fights with flute players? Flute players are a surly, mean, vicious bunch who will straight up knock you out for lookin' at them funny. But if you want to get into a bar brawl with them, tell 'em that it doesn't matter whether they have a full silver, 24-carat gold, or even just a silver-coated flute.
Wipe the blood off your bar stool and come on down for the fun.
I've found exactly one sound library in the world which purports to having a bowed tailpiece sound. One. It's the Symphonic Strings library by Sonivox. It's a thousand bucks. I'm not going to pay a thousand bucks.
What I want is a good violinist to come in and record some sound effects for thirty minutes. Sigh.
Railhammer guitar pickups. I'm perfectly happy with my pickups as they are, I just thought these were interesting. 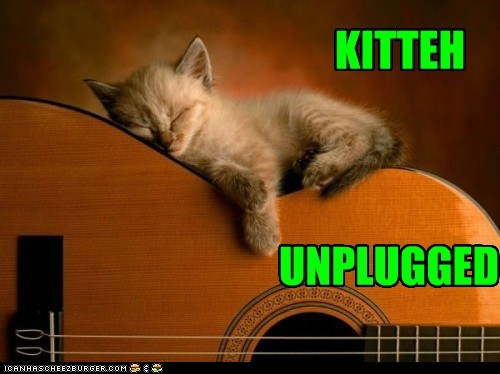 ++++
At the rehearsal studio the other night I played a Mesa-Boogie head with a whole bunch of channels. The channels couldn't switch though because there wasn't a footswitch. So for most of the night I just  used the "hot" setting but with the gain turned down.
And then I discovered that if I set my bridge pickup to be louder than the neck pickup I could switch between a more overdriven sound and a cleaner sound just by switching the pickup switch on my Les Paul.
Now. I realize that most guitar players would have figured that one out about 25 years earlier than I did. But I'm not like most guitar players. I'm much, much worse.
+++
Noteflight is the program I use most of the time I write something out for Tyrannosaurus Mouse. Although I've mostly given up on writing stuff out for TMouse because nobody really wants to read it. Writing out music for a rock band might have its merits but the problem is that our notation system just isn't that great for a rock quartet (and even worse for a rock trio). So I mostly use the program to make "notes" for myself so I remember what I wrote.
Steering away from getting a high-end notation program like Sibelius or suchly, there's MuseScore -- open-source and free. I don't really know that I need something more sophisticated than Noteflight though as I'm primarily just making what we used to call "lead-sheets" (are they still called that? Were they ever called that?)
++

Of the many things I have to do this month, feel free to include scoring our new movie Prometheus Trap. Basically the sound we're going for here is Penderecki c.1962.
One of the sounds I'm looking for is the sound of a violin's tailpiece being bowed.

As far as I can tell, exactly one sound library has any "bowed tailpiece" sounds and that's the Sonivox String Collection. But that's a thousand dollars. And actually it just has cello and bass bowed tailpiece sounds although that's probably OK.
The other option I thought of was to get a cheap student violin and bow the bridge myself. Problem is I'm not a violin player and I bet the resonance on a student violin actually does suck to a degree which makes every sound (including "effects" sounds) from the violin just sorta stink.
There's another library called "Violence" (get it?) which has a bunch of violin effects but I don't know if that will do for me what I desire.