Nova Social is a sweet band with an 80's-retro vibe. Their lyrics can be amusingly hostile. You'll love them.
They started their set with a song called "Laptop Rock" which cracked me up. Especially because they are ultimately, you know, a 9-piece with two violins, a cello, keyboardist and backup/descant singer. 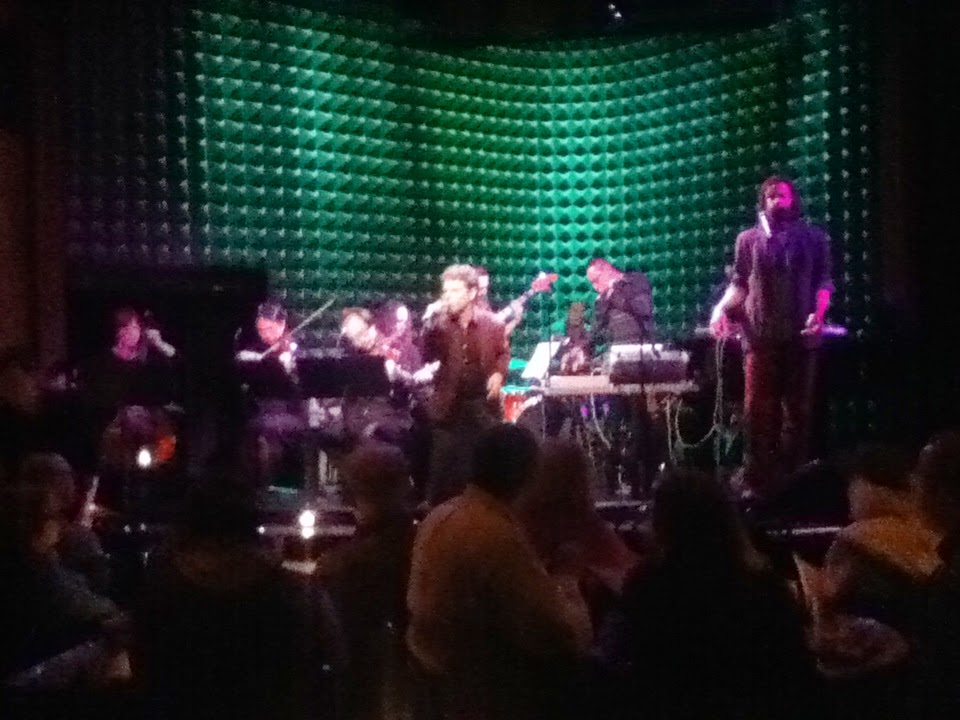 §
They are related to the band Balthrop Alabama which I recorded once on a Sunday (I believe) at Manhattan Theatre Source for my buddy Blair Johnson. Very different music. Also very groovy.
at April 24, 2014 No comments:

My very exciting journey to discover a kick drum pedal that works for me is, possibly, at an end. The single biggest thing of importance was keeping it acoustically quiet so I don't irk anyone downstairs. And I think that the direct-drive Axis pedals have the answer.

The beater bangs away on the pedal itself (there's a missing stopper -- I got the pedal used and I suspect it had been used on a real kick drum so the stopper got lost). The direct-drive pedal feels very much to me like a piano key. It has that same kind of "mechanical" feel of the "switches" that are piano keys. I believe this is one of the reasons so many drummers do not like the direct-drive pedals. But I kind of groove to the feel of it. And the built-in trigger makes things much easier. 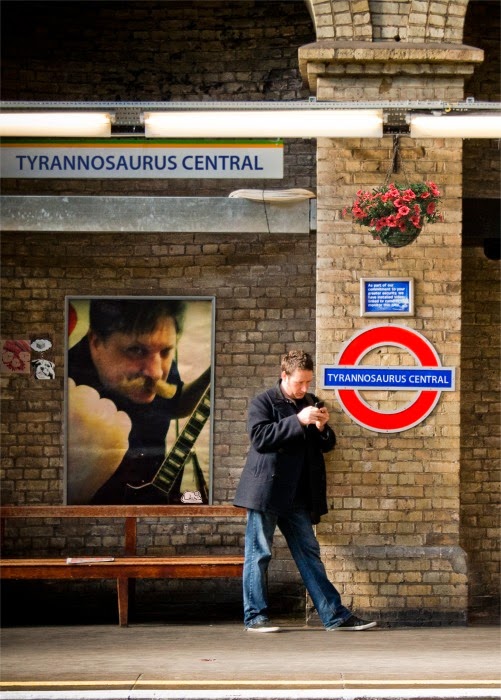 Diatomaceous Earth rehearsal. Wednesday April 16th at Flood Rehearsal Studios.
I played drums on the first piece. Believe me, you can tell.
But that's not the part of this where I'm really not proud of myself. Nope.
Just before we started I noticed that for some reason the record-arm light on track one was off. So I re-armed it. And we played.
Then Lou showed up and I switched over to guitar and for some reason I didn't have the window sized such that I could actually see every track and yup -- track 1 had become unarmed again. I noticed this the next day when I was looking at the tracks and saying to myself "Why is track 1 so much shorter than the other tracks?"
That's the kick drum track. Oof.
The soloed snare drum track had practically no kick drum in it at all (nobody thinks great things about the kick drum at the studio here). So I had to duplicate the "overhead" track and EQ the heck out of it and then slam it with limiting just to get a good kick "trigger" to then use on a Steven Slate replacement kick.
Anyway, not my proudest moment. But we played some good songs.

§
Lessee, what else did I learn? Oh. Right. I found the limit on those wonderful Ear Trumpet Labs microphones -- close-miking electric guitar cabinets. Nope and nope. The mics break up at the high SPL range of a close-miked Marshall amp. Oh well. It was worth a try. An SM58 draped over the side of the cabinet sounds great.

The Hurry Brothers talk about their new album, and about the dumb movie producers who keep them from mixing it!

V-Blog Episode 2 - Making the LIFE AFTER LIFE album from Hurry Hurry on Vimeo.

The Greatest Rock Drummer the World Has Ever Known

If you've ever wondered who played the drums for Animal in the Muppet Show: 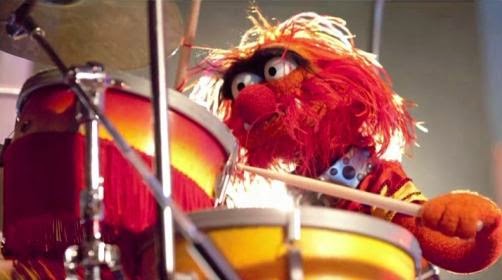 So let me talk to you about drum pedals. 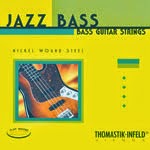 But first. Bass strings.
These Thomastic-Infeld flat-wound Jazz Bass strings are probably the most expensive bass strings there are. No, I take that back, I'm sure somebody's found a way to come up with more expensive ones.
But that's not the point. The point is that they are freakin' fantastic bass strings. If you want flat-wound strings, these are for you. Spectacularly low tension. And allegedly they'll last forever.
I think I wanted flats because on a very old bass of mine (or perhaps my high-school chum Scott's) had flat-wound strings and I was feeling nostalgia.
These TI's feel and sound great.
There. Thank you for listening.

Twilight of the Gods

Rehearsal this week with Diatomaceous Earth was Lou, Lily, Greg, and me. This meant that I was thrown out of the position of drummer.
We were also really tired.
Here's a piece of music called Twilight of the Gods.

This is an edited performance. The drums are just a single kick mic and a single overhead/front mic. Lou has been refusing to play with miked drums, and he's been refusing to play the ride cymbal altogether which, is, you know, not exactly the world's most musical thing.
Now here's a different version of that same piece of music. That rhythm guitar you hear is me in both versions, and Greg is on slide guitar. But the Pleasure for the Empire version of Twilight of the Gods has, er, me on bass and drums. It's not perfect. It's more of a "proof of concept". Honestly we need a cleaner way to get from the 3/4 section into the 4/4 section.But this is the concept.
at April 05, 2014 No comments:

SaündFraud Skill Killer: Take Your Lack of Skill to the Next Level

This is my favorite April Fools so far this year.

SaündFraud Skill Killer.
Now if I could only get a pedal that would make me play more tastefully.

SaündFraud Skill Killer: Take Your Lack of Skill to the Next Level

This is my favorite April Fools so far this year.

SaündFraud Skill Killer.
Now if I could only get a pedal that would make me play more tastefully.