Today we had our first rehearsal without Lou. There was some sort of complicated mis-communication which involves his house not having electric and his cell phone not working.
So we had a rather expensive 3-piece rehearsal with Ethan, Arie, and me.

The band is very much not convinced that anything I'm suggesting is a good idea. In my experience that takes over 4 weeks. But eventually they'll come around. In the meantime we experimented with a number of notions. I think I've done a terrible job of explaining the vision of The Imaginary Opera.
Just using the word "Opera" with the two guys who do or had worked at the Metropolitan Opera in New York City is pretty loaded. 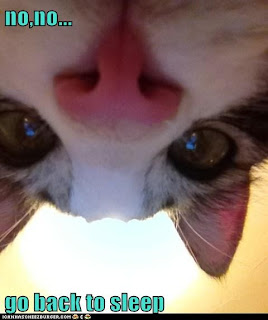 But we worked on some motifs (another couple motifs were rejected out-of-hand by the band). At one point I was playing piano and Arie was on guitar. Then there was a while where I was on piano and Arie was on keys (with Ethan playing standup). Then somehow I got back on guitar and was playing 6/8 against Ethan's 4/4 and nobody knows what happened. Luckily Ethan recorded it all on his sexy little Tascam portable recorder.
We did manage to play a couple of the little pieces of music from my dreams. And I think that those are going to work out very nicely.
I want to change the "tortoise" to something else. Something that has another word for it but that you also wouldn't flip on its back. I'm tempted to say "kitten" because none of them would know what a kitten was, now would they?
See? This is why nobody has any idea what I'm talking about. Sure, Chance Shirley would be right on board with the Blade Runner/Escape From New York/Apocalypse Now references, but he's in Birmingham (if you want to meet someone who really has no clue about these things, talk to my dad sometime.)
Ethan's engaged in a mighty struggle with GarageBand to try to get the recordings we made to us in a form we can actually listen to. We shoulda just played at my office today. ;-)

Arie asked if either of us knew The Decemberists. I said I couldn't think of their big song. As it turns out, this is it: The Decemberists "Why We Fight". It's a great tune.

Email ThisBlogThis!Share to TwitterShare to FacebookShare to Pinterest
Labels: Blade Runner the Musical

I figure if we're going to spend as much as $40/hour on rehearsal we may as well just go into a recording studio. Note that of Tyrannosaurus Mouse I'm in a minority opinion on this issue. 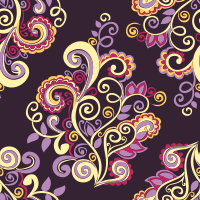 SonicWave has an Amek/Neve mixer and they're $50/hour.
Grand Street has some very sexy microphones and is $80/hour.

I'll go ahead and say it: Everlong is a better song than Smells Like Teen Spirit.
at February 24, 2012 No comments:

Last Night I Had The Strangest Dream

I actually had a dream about the upcoming Tyrannosaurus Mouse rehearsal. It turned out, of course, to be a recording session and I have a very detailed memory of discussing the track layout for the drums with the engineer. 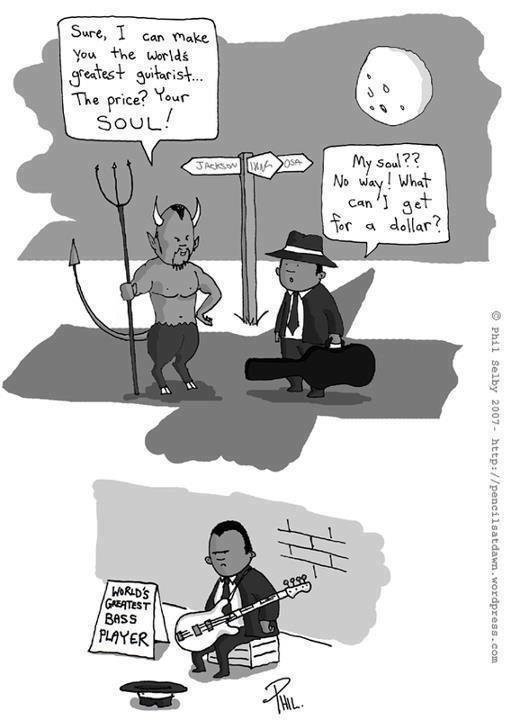 The key is to reduce the sheer number of tracks. We agreed that there should be one kick, one snare, one right overhead for the "toms" side of the kit, and one overhead which would take care of the hi-hat because we didn't need a dedicated hi-hat track.
And yes, that was in my dream.
I was also disenchanted with the relatively small size of the guitar amp booth, but the studio we were in doesn't exist so that doesn't matter.
We recorded this:

Image via childhood friend Aaron Leone.
at February 23, 2012 No comments:

I called the New York City-based rental house Dreamhire today and asked if he would match the rates of a rental house on the West Coast. He actually laughed at me. Problem is that Dreamhire's daily rate for a Cedar DNS 1000 is $185, while it's only $80/day at Audio Rents in California. 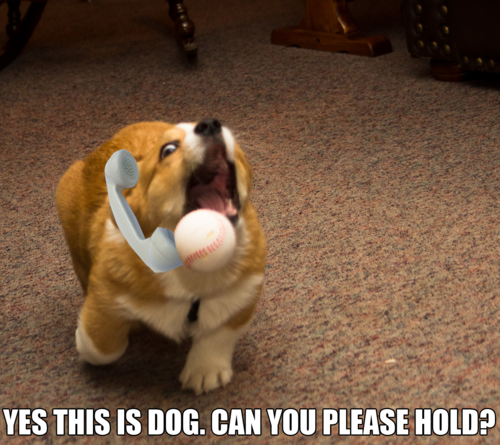 Although Audio Rents in CA has a 2-day minimum. Plus, of course, you have to pay for shipping.

Stavrosound has a post on using multi-band expansion for dialog tracks. (In our shop we buss all the dialog to a subgroup with Samplitude's multiband expander strapped over it.)

I'm going over much more detail about mixing for film at blog.pleasurefortheempire.com because it's such an incredibly exciting topic. 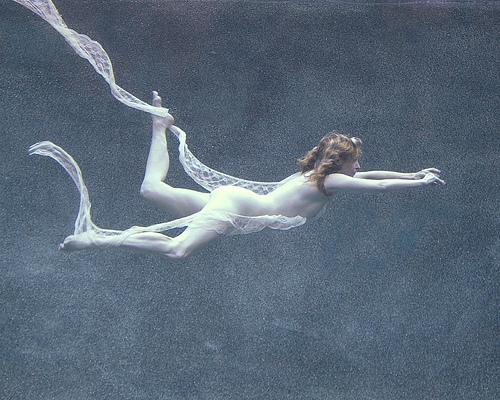 Glasslands is a venue/booking agent/gallery In Brooklyn.
Mitch Barrett is a friend of our buddy Blair. I dig his music. Check it out. 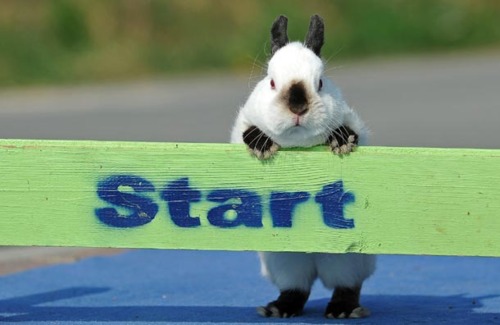 You know what we need? We need one of those viral videos. Yeah, that's the ticket. I expect it should be for "Jabberwocky".
at February 16, 2012 No comments:

My buddy Pat DuBois, who was a longtime bassist in Pavlov and the Drooling Dogs, wrote a moving and insightful testimonial about Dean Powell. Dean introduced Pat to me.
Pat pointed out to me that where Dean opened for Bruce Springsteen at The Ledge, the first Pavlov gig was at The Ledge. But it was in the middle of lunchtime.
What Pat doesn't point out in his Dean tribute is that Dean was really yelling at him because he's such a fantastic bass player. If he'd sucked, Dean wouldn't have been so passionate. ;-)
at February 15, 2012 2 comments:

Email ThisBlogThis!Share to TwitterShare to FacebookShare to Pinterest
Labels: Pavlov and the Drooling Dogs

The thing about Karmen to me is that their singles sound like B-sides. The hooks just aren't that strong. It's easy to be snarky about them but that seems to be beside the point.
High Places has this fairly wack music video, Sonora.

Their label is Thrill Jockey Records.
High Places has a kind of Portishead vibe. For some reason most bands like this tend to mess up the vocals but HP gets them right.
I've also done ugly things to this Blog's look. I might have to change that.
at February 14, 2012 No comments: Dig this show in San Francisco that Sky is playing at!
Oh, I am so envious.
at February 13, 2012 No comments:

I usually find myself disagreeing with Steve Albini, mostly with his opinions about digital audio and how, exactly, the record business works. But in this Tape Op interview (addendum here) I think he made an interesting point that New York City "suffers" (my word, not his) from a lack of community in the music scene because there's so much competition.

Ahem. I got sidetracked there for a moment. 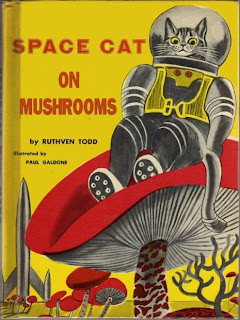 But yes. Community. It's really hard to make one in a town as big, and with as much talent, as New York City. That isn't to say there aren't some places which do make a decent community. Seems like a rehearsal studios do the best job.
at February 13, 2012 No comments:

I've never been that into Frank Zappa. It's not that I haven't had a lot of opportunity. Growing up a whole bunch of friends were into Frank. I mean really into Frank.
But Zappa always seemed too... sporadic ? for me.
He tends to jump from section to section without any relation to one another and it just leaves me a bit cold.
Which doesn't mean I didn't see Frank at the Tower Theater in Philadelphia in... '82? As part of a class trip.


And yeah. It was awesome.
But still, Zappa, while I think he's very cool and interesting and suchly, isn't really what I dig.
at February 12, 2012 No comments:

I actually saw Lamb play in New York several years ago. My friend John Cheary went with me. We were standing at the foot of the stage and this beautiful girl pushed her way up right in front of me. John leaned over and said to me "That's a guy."
So for the whole show I figure it's a guy who's rubbing his butt against me but later it turned out that no, it was just a very pushy girl.

Presumably Gorecki is their most famous single. We do have hands down the worst radio in the world in the greater New York area so of course I've never heard it on the radio.

Instead I was introduced to them via some late-night video show (I suspect not MTV) with their music video of B-Line. Do NOT watch this when you're about to go to bed. 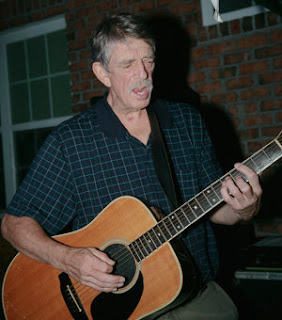 I studied with Dean Powell for a couple years. He was a guitar teacher in Metuchen, but he rapidly morphed (for me) into a composition teacher.
He also took me under his wing and taught me music copying -- which is something we used to do before computers. He did a lot of work for Miles Davis and for commercials.
He also helped me put together the band Pavlov and the Drooling Dogs. I met Pat Dubois through Dean.
I heard that Dean just passed away. I haven't seen him in at least 20 years but he had a tremendous influence on me. I know that many others were greatly moved by Dean and he will be missed.
at February 07, 2012 No comments:

Your Three Things for Today

Here's a fairly brilliant rebuking of most of the Lana Del Ray noise. Somehow it manages to make fun of both her and her critics. And Bob Dylan. Which amuses me greatly.
Our man Arron Paul Low, who wrote much of the music for Clonehunter, also wrote the music for this Super-Bowl ad:

Aura Sonic Ltd is a location recording outfit out of NYC.
at February 05, 2012 No comments:

How to write songs that don't suck. Yeah. I know. It hasn't helped me either.

Yes, I am proud to have made the "Random sound of the day" on Freesound.org. I love Freesound.

Groove to this CC music site. Scott Altham does some pretty interesting stuff on there.


Never Heard a Rhyme Like This Before by scottaltham

Listen to and look at the score for Jonathan Newman's orchestral version of Led Zeppelin's Black Dog. I just love that the first tempo marking is "Presto". Yup. It sure is.


I don't know, but I been told, a big-legged woman ain't got no soul.

I've learned all I know about women from the lyrics to Led Zeppelin songs.
at February 03, 2012 No comments: