For so long I have been struggling with what that sound is in Roundabout that the arpeggios are played on. According to the Man Who Knows (and childhood friend), Aaron Leone, it really is a Hammond organ. Here are Aaron's notes:

§
Here is what's happening with the Roundabout keys... If i understand your question correctly, your talking about the arpeggios which start @ 4:51 under the vocal "out 'n' out.. its a Hammond organ with a plate reverb on it. @ 4:58 Eddie Offord pans the organ left while Steve Howe's acoustic guitar theme is recapitulated... The 1st Em9 arp the roll is ( B F# D B D B D F#) No root is used in the arp. 1st B is an octave higher than the other B's The 2nd arp is C (C G E C E C E G) again the 1st note is an octave higher... Then Rick changes the Em arp to a straight Em alt with C (B G E B E B E G). This is definitely and organ... It could be a B-3 or another hammond.. Keith Emmerson or Tony Banks didn't always use a B3... The Mellotron enters panned right @ 5:35 with the lyric "In and around the lake". Sounds like the same tape bank John Paul Jones used for "Stairway"

§ §§
I'd thought, wrongly, that particular sound might have been the Mellotron mentioned in this article.
§§§

Friend turned me onto the band Rhinoceros. Which Pleasure for the Empire and Tyrannosaurus Mouse kinda resemble.
§
The top 40 Free VST plugins of 2014.
§
Here are some tips for mixing and mastering.
at December 30, 2014 No comments:

Notwithstanding Billy Bragg's argument (which may very well be legitimate) that her management is disingenuous regarding her recent brouhapickle over Spotify, Taylor Swift is by far the best of the modern pop artists out there.
We've been living in an age of female singer-songwriters what with Lady Gaga and Katy Perry et al but as much as I might like the Gaga, Taylor Swift has the best songwriting team out there.
Perhaps I am mistaking Taylor Swift for Max Martin who co-wrote most of the tunes I think are the most skillful.

This dude reviewed the Hello Kitty Stratocaster. Twice. Actually I really dig Joe Gore's blog. All about guitars and suchwise.

Free VST emulations of the VCS3 synth (probably most famously used by Pink Floyd in On The Run). I'm gonna try the KX77.
Wait. Why am I going to try that out? I can't think of when I'd use it. I'm not smart enough to use synth sounds. I can barely figure out what to do with a Hammond. Heaven knows what all those drawbars actually do.
The XLIS3 is another emulation. I'm honestly so confused by that review that I have no idea what's going on.

I don't know what the best quote of the night was. It could have been Marc's:

"So. You named the band without talking to any of us first?"

Or it could have been Mike Kessell's:

"It's like being in a band will all next-level stuff and great musicians but they give you a Rockband controller to play instead of drums."

Either way, even though both were at my expense I am still amused.

Marc played his 4-string. I was on the Les Paul. Mike was on the Rock Band controller Yamaha electronic kit.
Marc also had this brilliant idea of playing this huge and dirgy version of The Sound of Silence. My playing on this is simply terrible but it's interesting how much Simon and Garfunkel end up sounding like Neil Young just by adding some distorted guitar.
In order to get us away from that whole "guitar panned to center, bass panned to center" thing I did a little panning with a send going to a reverb that's on the other side. With bass I went for some different sounds including sending to an amp simulator which was mixed back in (sometimes panning it, sometimes not) just to widen things out a bit.
There is a lot a lot a lot of compression on these tracks. Like too much. I have LA-2A emulations and then heavy limiters and multiband limiters and... well you get the idea. Too much. But I wanted everything to be very loud.
We're still working on our musical vocabulary. That said we seem to have an instant vocabulary. Yeah, I keep yelling "play more fills" toward the percussion section, but a very melodic bass with my guitar style works quite well. Our vocabulary... it seems to involve playing 9ths somehow. It also involves me not having the foggiest idea of what I'm doing. So there's that.
I also like how 35 Million Miles From Earth ends up being a suite. And The Dance of the Turquoise Mouse ended up pretty good, especially seeing how it was just a last-minute thing which we play after it got kinda late and we didn't want to be too noisy.
Gwendolyn Wormsign is perhaps my favorite because of the way the the bass goes 100% counterpoint to my riff. Which leads into that very trollopy melody toward the end. I feel that should be the music on some very hip talk show.

Email ThisBlogThis!Share to TwitterShare to FacebookShare to Pinterest
Labels: Pleasure for the Empire, recording

High Priestess of a Dead God

Last Wednesday Marc Schmied, Mike Kessell, and I played in Jersey City.
Marc went through the Peavey Vypyer as a "bass amp" and I played through the Kemper. I liked the Peavey better than my amp-emulation pedals for the bass when I was experimenting with it. The "clean" Plexi and Twin sounds seemed to be the best.
I'm playing my Les Paul throughout. Drums are Abbey Road Late '60's.
Later I put in a bit of Hammond organ on some things. 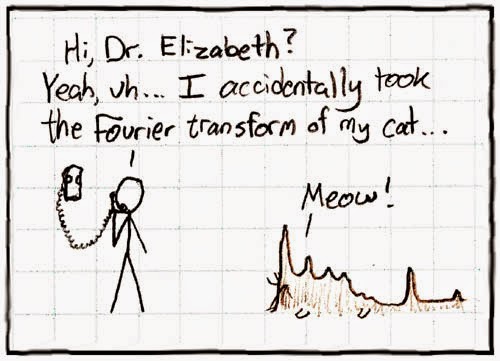 There's a lot a lot a lot of compression on these tracks. Mostly an emulation of the LA-2A, but also some of Samplitude's brilliant M/S compression just to give the whole thing a bit of "finish" to it.
More more more...

Email ThisBlogThis!Share to TwitterShare to FacebookShare to Pinterest
Labels: Pleasure for the Empire, recording, Samplitude

You know, when I make a comment on this or any of my other blogs about Jack Conte's numbers on the Pomplamoose tour, I'm just putting on a public notebook whatever my current thoughts (coherent or otherwise) might be.
But that post of Jack Conte's is tremendously important. Nobody, and I mean freaking nobody puts any real numbers about anything on the Internet.
But boy did that post of Jack's activate the Internet Hate Machine™. 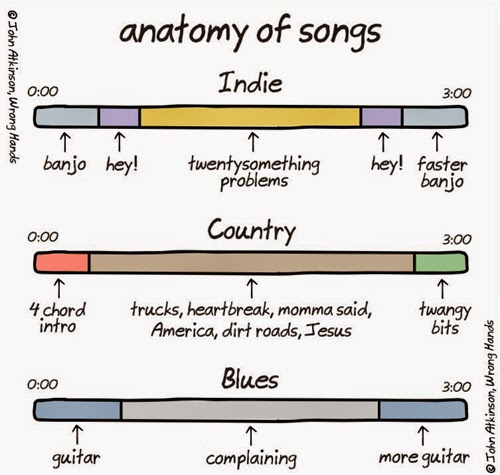 And the cold hard reality is that way too many people are insanely, derangedly, and incorrigibly jealous of other people.

In my business I'm sorta lucky in that I'm not beholden to the hipster elite which permeates the music business. Reviews by people who really really wish they weren't too frightened to make a feature film themselves don't actually affect us.

Boy do people in the indy music business really hate one another. The back-stabbery and the jealousy are at levels that really systematically reduce the fun part of music. The joke is that if Pomplamoose hadn't paid their musicians well and hadn't put them up in hotels, the Internet would be out with its pitchforks (ha!) and demanding their heads (see: Amanda Palmer.)
So there's a rebuttal to the rebuttals, but to me it's beside the point. If I fall back into a Marxist mode here I'd say that the indy music press is so freaking bourgeois that they can't stand regular working-class musicians making money. You have to either be starving to satisfy the bourgeois ideology of the starving artist or you have to straight up be one of the rock aristocracy.
at December 07, 2014 No comments: