I want to launch missiles with this

Do you dig things which are crazy complicated? How about audio plugins which are mostly in Russian even when you set them to English?
You do?
Well you're going to love this then. 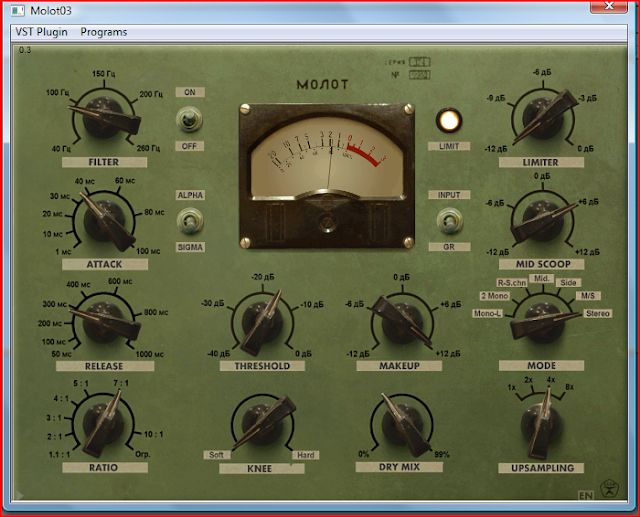 This is the Molot compressor. I have no idea what half the controls do even in theory, much less in practice. And this is after I watched the video about it online. Well, maybe I'm just confused about the filter, the alpha/sigma switch, the mid scoop and the mode. But still, that's pretty good.
I'm not going to come right out and say it sounds better than something like the Waves Fairchild 670. Because it doesn't sound as good, or at least it doesn't sound as good as easily as the Waves Fairchild 670. But it is super-duper cool. I mean, I want all my gear to look like it came off the communications station of a Soviet tank from 1968. And it does sound fantastic. And it's free.
+++++
Fairchild. Eventide. The next screenplay we do has to have those names in it.
at October 28, 2012