That's all I've got

When one believes it to be time to list all of one's favorite all-time recorded guitar sounds one will find that one does not include any recordings within the last 20 years.
We might... might... allow some U2 into the canon. And okay, Rage Against the Machine or Tool might be somewhat interesting.
But no. We don't have time or the patience to deal with those.
Why? Well because we have the entire recorded output of the Beatles. Virtually every guitar part on every album is the platonic ideal of whatever guitar sound they were going for. Peter Green or Jimi Hendrix pretty well takes care of the blues end of the rock guitar sound spectrum. And we can find ourselves all the rest of the sounds we need between Stephen Stills and Neil Young.
I mean, yeah, Clapton and Santana and a whole bunch of others... Wait. Why am I grumping over this like a cranky old man? 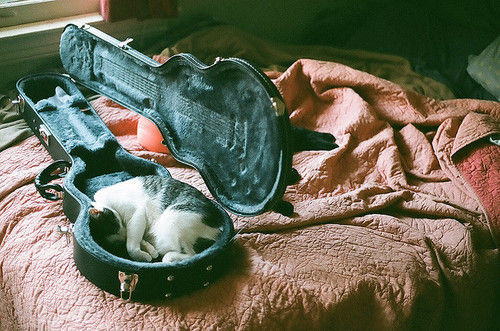 Oh right. It's because I hate the guitar sound on Elton John's Saturday Night's Alright for Fighting. This song comes from an era where some of the most awesome guitar sounds were born. But it is not awesome. Scratchy? Sure. Boxy? You got it. Yukky? That's where I'm going.
What if they'd used that guitar sound from the end of Solsbury Hill in Saturday Night? Then the song would have rocked. More. I mean it rocks now. But it could rock better. If only the guitar sound was better.
Well I think that's about it for me. Have a good night.
Via
at October 25, 2012