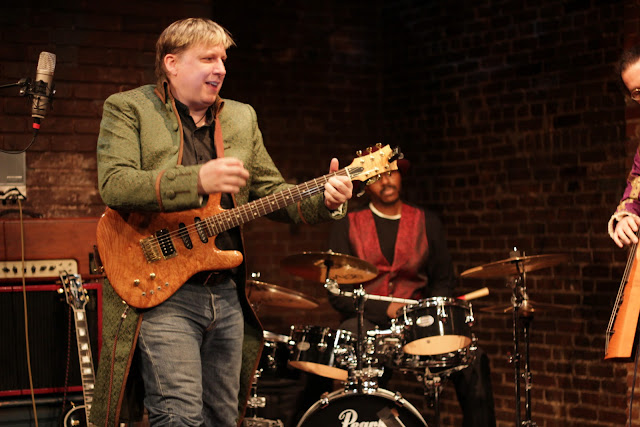 This is my new favorite picture of me.
Payola doesn't make very much sense to me. The economics aren't right. Firstwise, a record company can indeed pay a radio station to play their songs -- I believe the only restriction is that they have to announce "This hour brought to you by Arista Records" or whatever. The illegal part is when someone pays a disk jockey or program director directly to play their songs. But the bigger issue is that the advertising revenue on radio stations is vastly higher than any "payola" they might receive. Here's a fairly out-of-date list of stations in New York.*
My point is that if you paid a radio station (say) $30,000 to play your song (through an "independent promoter) and they lost enough listeners to lose just a fraction of their advertising revenue, it wouldn't be financially viable for them. If you're bringing in $1400 for a 30-second spot, that's a lot of change to be hanging on adding some song nobody wants to actually hear.
+++++
Hey -- I've been saying all along that there are 5 rights associated with the creation of a new piece of music. Nowadays it's actually 6. Tunecore has an ideological commitment to telling you this. Because now it's all about the digital rights, baby.

* Admittedly, NYC has the worst radio in the US outside of Los Angeles.
at September 30, 2011