I updated the keyboards to Mouseverture. I can't say that this is the definitive version, but it replicates the version Arie played on an earlier chorus. So we'll see. Note that this is the un-limited version of the song.
But that's not what's important right now. 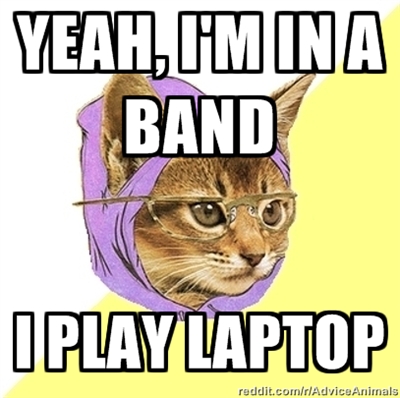 What is important is the song order and what we do in-between songs.
1. Preshow video
2. Announcement
3. Mouseverture video

4. Mercury video
I'm incredibly disappointed we don't have a fan dance. I feel like I've really let everyone down. What I do have is some psychedelic video and a pre-recorded announcement.
at September 21, 2011