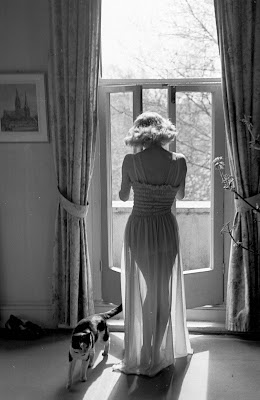 My experience making this album was very enlightening. I learned a lot of things. I learned -- and re-learned -- many things.
Recording
Firstwise a good, nay, a great drummer is key. Having a drummer who makes his drums sound great is important. Drums are a strange instrument. It's intuitive, for instance, to think of something like a violin as needing a better player in order to make the violin sound better. But a drummer is just hitting things with sticks. Everybody's hit things with sticks since they were two. But for whatever reason, goodness gracious, get yourself a drummer who hits things musically. It's stunningly hard to do.
But once you have a good drummer, life gets very very easy. No, really. If you're really fighting all day long with mic placement and trying to get that right sound (from an engineer's perspective), you probably have a crappy drummer. If, like us, you have a drummer who makes the drums just sing, then it's easy to get a recording down and a mix.
My old guitar teacher, Dean Powell, said to me that great - sounding records were made by "Good instruments played by good players." So this thing about drums can just be extrapolated to all the other members of the band.
Here's another thing that really works out for me. When I wonder about my guitar sound, I just look at the bass player. Ethan will clue me in to the direction I should go in. Frequently one is listening to oneself so much that one gets completely lost. "Does this sound good or not?" It's really helpful to have players say "Yeah, that's not too distorted in that part, but you could lose some of the upper mids" or whatever.
Arie, as really the best guitar player in the band, will also have a lot to offer.
I learned a long time ago that recording using great mic preamps solves a lot of your troubles. You have a problem with the way something sounds? Put it through something expensive (as Alan Douches says). And a mic preamp is a great way to start.
Indeed, when you have


You're in good shape. I don't even care about the microphone at that point. You're in good shape. (Recording with a good microphone and using a good A/D converter is better though.)
With this album we were going for "traditional" rock and roll sounds. The keyboards were as exotic as distorted electric piano and Hammond organ with a Leslie. There's a reason people like those tones -- they're very usable. They mix well with the guitars.
The guitars went through very old-school amplifiers. Not too distorted. In fact, some of my favorite singing lead sounds are very not distorted. They're clean but have a nice "bloom" to them.
As always, the vocals were compressed to within an inch of their lives. Plus I put fancy-pants analog-simulated delays put on them. And don't think I didn't autotune my vocals because I sure did.
Mixing
Then we went to Trax East and we didn't spend time micro-managing and fiddling with the mixes. Thankfully. We just brought up the faders on the "poor-man's Neve" Neotek console and sure enough -- 90% of the mix was there. Because of all the work getting ourselves to that place, mixing on the Neotek involved almost no EQ work and fader riding.
The other thing that made the mix process easier is that Eric's monitors are phenomenal. They are very transparent. They'll tell you exactly what needs to happen -- if the guitar is too loud or the bass is too muddy. You won't be touching the wrong fader because you're confused about whether the keyboards are making the bass too muddy or whatever -- you know what's happening in the mix.
So we mixed quietly (monitors turned down) and quickly. That was kind of awesome.
Well, can we mix our own records without going to another studio to do it? Probably. Should we? Absolutely not.
at September 12, 2011