This is the present mix of "Ice Maiden". I had to cut new guitars starting with the first chorus because the guitar on the original track had gone out of tune to a rather stunning degree. Probably as a result of me hitting the guitar too hard during those big open choruses. The other problem with that guitar part is that it's hard to play in tune in any circumstances because it's so high up on the neck.
Arie will add Hammond to the choruses and possibly cut a new electric piano track (it's up to him.)
If nobody has anything specific to tell me about what to do with the vocals then we're leaving them as-is.
Lastly, is there an extra phrase in the intro? Should it be deleted? 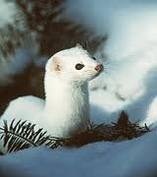 UPDATE: I need to clean the vocal track because there is a lot of hiss in it. I'm thinking some multi-band expansion as well as some straight-up de-hissing.
I actually kind of like the vocal track, although I may have just gotten used to it by now. It's always hard for me to tell because I'm way too close to the music. This is why I rely on the other guys in the band to tell me what to do. Ahem. That's a hint, guys...
The intro is way too long. There are some nice keyboard melodies there, I suggest we cut it down to about 16 bars of keyboard loveliness.
at January 04, 2011