FC Sutlery makes Civil War reenactment boots. At $210 they're not such a bad price.

I think I already mentioned that BNP does custom engraving of amplifier badges and such. They use lasers! I was thinking it would be amusing to have some Tyrannosaurus Mouse badges made -- to put on amps and road cases and what-have-you. 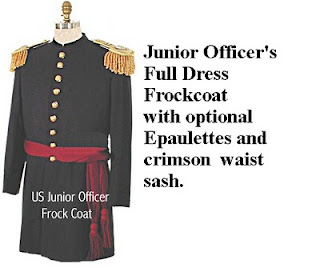 Sutlery also makes these nice coats. Even fully outfitted you can barely pay more than $300 for one. But the thing is that I really want that Mandarin collar in a cutaway. I really don't want buttons on the front that will scratch the guitar and I want cutaway because I want tails to swish behind me but an open coat will simply be way too warm.

And while I'm going on about random things Samplitude's "strip silence" feature is EXACTLY what you need for cleaning up tom tracks and deleting the parts in-between the tom hits.
at October 13, 2010