What's the difference between "Alternative" and "mainstream"?

Well lessee... not the rhythm, it's practically all music in 4/4 with an accent on the 2nd and 4th beats.
Not the melodic system, they both mostly use tonal melodies with a blues influence.
The chord systems are the same.
So it's not rhythmic, melodic, or harmonic.
Uh... what else is there? 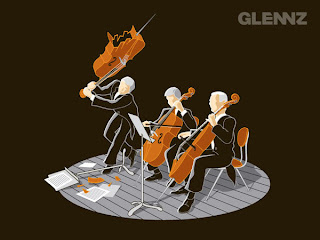 They're actually different charts. They each have their own "Top 40" on Billboard and CMJ. But musically they're identical. And honestly pop music has musically not changed at all for almost 50 years now. Unlike the differences between, say, Ragtime and 20's jazz-influenced pop, popular music now is essentially the same thing that it was in the early 1960's. It seems odd that popular music would become more conservative over time but that seems to be the case.

Arguably there's been no real change in music in the Western world since sometime after the turn of the last century. That's the whole Schoenberg argument: we've exhausted all the melodies available in a tonal melodic system. And although that's factual, it doesn't mean we don't all like a good melody.
at October 23, 2010