Here's the Problem with Being a Rockstar 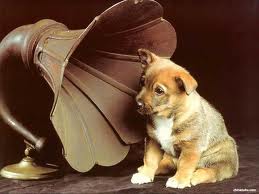 Everyone I've know who'd become what I would describe as "successful" as a musician (had a major label recording contract, etc.) had been unbelievably miserable while doing it. I have an old friend who was with a nationally-known act (that was pretty big in North Jersey just 'cause they were a "Jersey Band" but they had a big following across the country) and they were on CBS Records. Their first album sold a hundred thousand CD's back in the early 90's. They toured with Sarah McLachlan. The president of CBS flew them to Hawaii in his jet.
And my friend, who was a guitar player in the band, just hated every moment of it.
He hated the feeling that he "owed" the record company over a quarter-million-dollars* and basically the band ended up all hating one another (everyone hated the singer). So they did another album which didn't do nearly as well as the first one and they all broke up.

My friend went back to playing acoustic guitar in coffeehouses on weekends and became vastly happier.

And that would be just one example except that everyone I've ever heard of who has a record deal was miserable while they had it. My friend Raphael Rudd worked with Pete Townshend of The Who and even played with the band Renaissance (remember them?) and he'd tell me stories of all these big stars he knew, or knew through other people and they all. Every. Last. One. All of them. Were miserable. I mean like the guys in The Police? All hated one another and would argue about publishing points in rehearsals. Really? Dudes -- you're in The Police. You have cool tunes. You're rock stars. Just... get along!

**I used to be in a band where almost all the guys were mailmen. My brother is a mailman. I'm sorry "letter carrier". In any case, the default job of "mailman" has always seemed funny to me because I just happened to know so many people who've done/who do it and were/are musicians. I'm probably too old to start with the Post Office though.
at September 24, 2010