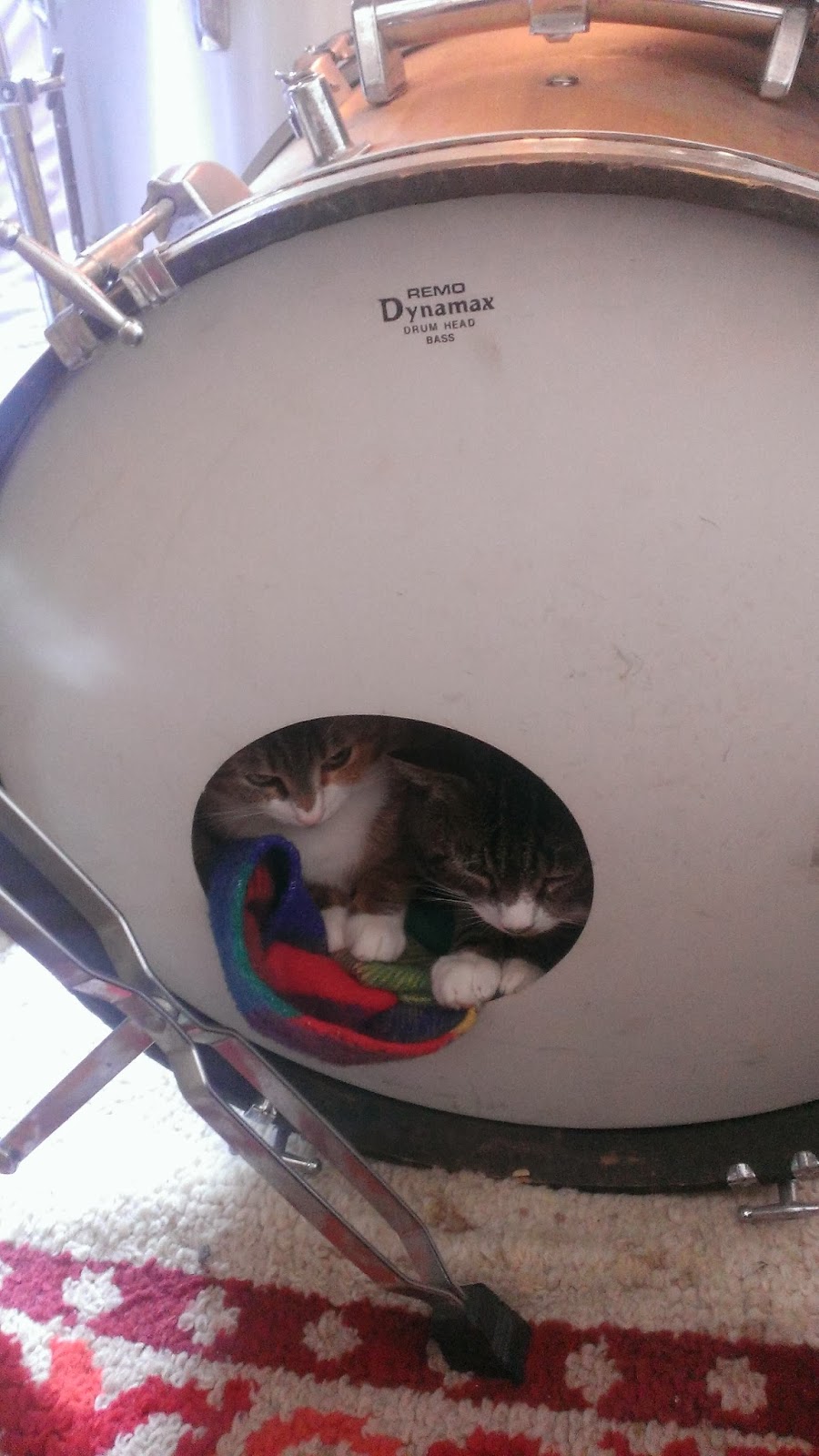 "With flats, the question of nickel vs. stainless is less of an issue. The issues become more about tension, tone and how smooth they feel.  Flats can sorta run the gamut with D'Addario Chromes being among the brightest sounding and highest tension, GHS and LaBella being among the darkest sounding (LaBella also has very high tension) and a whole bunch of options in the middle. Ernie Ball flats are a nice in-between flat with medium tension and a tone not too bright or too dark. Cheap, too. Not very popular, but I'm not sure why. I've used them on my fretless P-bass for years. I go one gauge lighter than my usual for rounds: 40 - 100 instead of 45 - 105.

"An interesting brand in the flats department also worth consideration is Thomastic Infeld - a German company best known for it's double bass strings that also makes strings for anything that needs them. TI Jazz Flats are by far the most flexible and lowest tension of the flats on the market and they have a pronounced midrange and more sustain than a lot of other flats. The result is a string that still sounds like a flatwound, but has some characteristics of rounds as well. They're very expensive and they're only available in one gauge, but they last nearly forever - literally years. Some players find them to be a little too floppy. I like them on certain basses and I think they'd work great on a Jazz Bass.

"Another consideration might be compression wound strings: Roundwounds which are then pressed through rollers to make the outer wrap an oval instead of round. They feel smoother than rounds and don't sustain as much, but they sound more like rounds than flats. GHS Pressurewounds and Ken Smith Compressors are very similar (both made by GHS, in fact, but to slightly different specs) and I like the Compressors a little better.

"There are also groundwounds (also known as half-rounds) where the outer wrap is ground flat.  The idea is that you get the best of both worlds, but in my experience - and I've given them several chances on various basses - you really get the worst of both worlds.  They feel smooth, but not smooth enough, you lose the sustain but don't gain the strong fundamental, they just kinda suck.

"Strings are a hot topic with the Internets, and if you go to Talkbass and search under "best flatwound", "best flats" or "favorite flats" or some such thing you could grow old reading it all.  There is some very good information buried in there, though. When you decide what you want, http://www.bassstringsonline.com/ is the place to go. Jason is knowledgeable, nice and he has the best prices.  He's cool about answering questions, too.

"I'm sure there are those who might think my string preferences are rubbish.

For instance, D'Addario Chromes are extremely popular flats, but I don't care for them at all. Thomastic-Infeld flats, on the other hand, have loads of proponents and loads of detractors.  They are a love-it-or-hate-it kind of string. I currently have them on a '51 reissue P-bass, but it was a poor choice, IMO. I like the way they feel and the way they sound, but I should have put them on a Jazz Bass. It would have been a better fit.

"I've been meaning to try both Pyramid flats (another expensive, German option) and Sadowsky flats, which are getting a lot of love on Talkbass.

"Also, when playing flats, the decision arises of whether or not to use a foam mute near the bridge. Usually, I do use one, but I like to use one that is not very wide and touches the strings only lightly.  I like to take the extra ring off without killing all the sustain. Best to experiment by cutting a piece of foam into several sizes and try muting by different amounts and at different distances from the bridge until you find a combination you like. On some basses, I don't use one at all.  Bob Babbit, who played on about a zillion hit records, uses a P-bass with LaBella flats and mutes with a sink sponge - an entire freakin' sink sponge! - about half way between the pickup and the bridge. Most reggae players use flats on Jazz Basses and forego the mute.
at February 23, 2014

Email ThisBlogThis!Share to TwitterShare to FacebookShare to Pinterest
Labels: Conversations with Ethan