The most hipster bands.
You remember Drumdrops? Oh man. You don't? That's because I sooo olds.
Back in the dawn of Man, there were these LP's of recordings of drums -- just the drums -- to songs that didn't exist. You could buy them and they'd have different tempos and styles of drums you could use to make your clumsy demos with. You'd be kind of stuck with the structure the drummer was playing with but as recording drums is so dang hard and this was the age just before drum machines (JBDM) it was the only way to go. 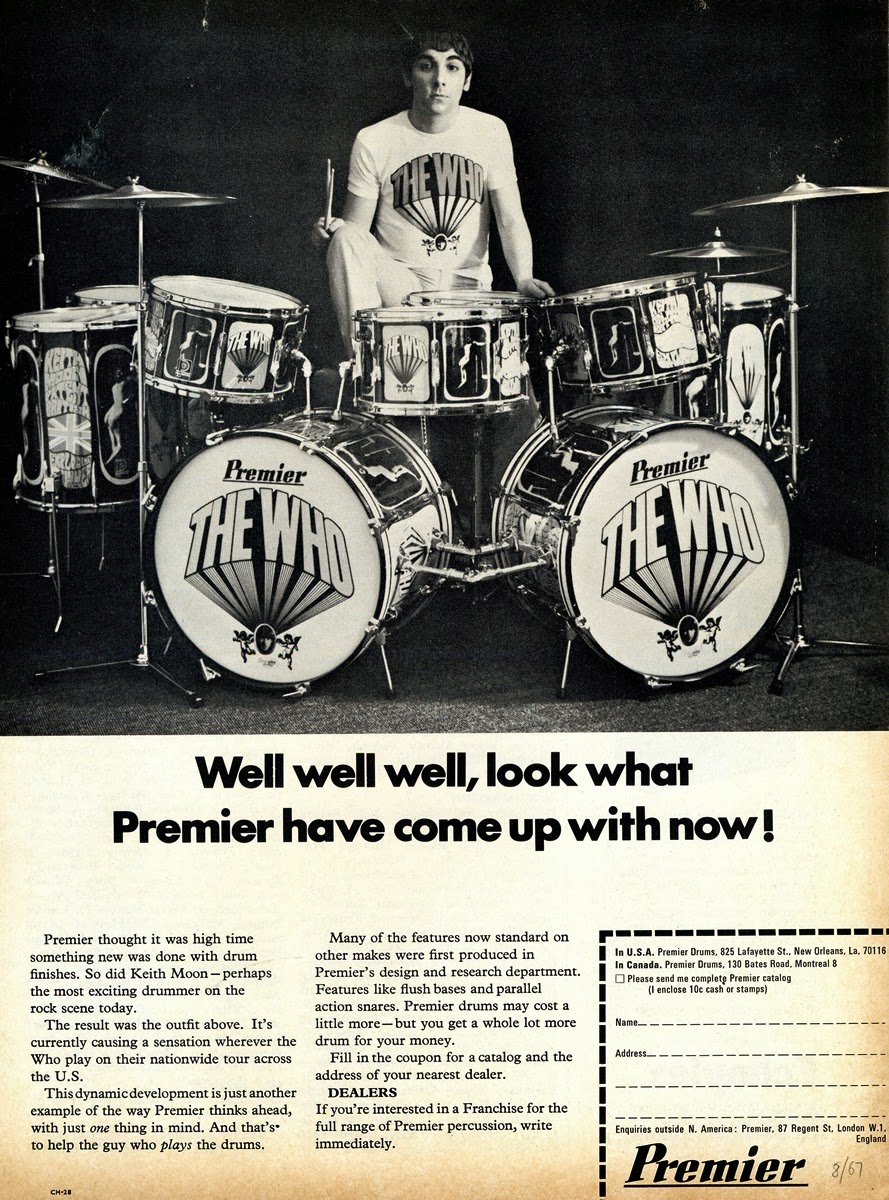 Now Drumdrops makes drum sample libraries (and loops). Which is, you know, kinda logical.
Their 1963 Premiere kit sounds pretty spectacular. And in the US it's less than $40 (because we pay no VAT and if you sign in you can get 20% off your order).
I've been saying that a late-Beatles drum sound would pretty much satisfy me for the rest of my life. One funny thing about that is that many of those sounds are compressed like crazy. We like to think of over-compression as a relatively more recent phenomena but you can hear some kick drums choke on Abbey Road. In any case, I really dig this Premiere kit. C'est tres groovy.