The Frontier of Reason

Greg and Lily stopped by last night for a little rehearsal. Basically it was a "Drew only knows two chords, it's time to teach him more chords" rehearsal.

Now my job is to figure out how I'm going to record the three (Editor's note: why three?) records I want to make this year.
The Focusrite Scarlett 18i6 is a neat little interface. Presumably it will work with an iPad, which amuses me greatly.
The inputs on it are hot, boy. According to their website:


Whereas the M-Audio 2626 has what I would consider to be more reasonable levels:

That's almost a 10dB difference. The answer, of course, is to turn down any mic preamps feeding the Scarlett by about 10dB. (Ironically, the Scarlett's mic preamps are pretty quiet, unless the XLR's work at some lower level by default and I haven't figured out how to turn them up yet.)
Of course, what we can do is drive the Focusrite Scarlett with the M-Audio 2626. That is, if we were inclined to do such things. We can feed the Scarlett from the 2626 via ADAT lightpipe. We probably won't be doing that unless we have to record some crazy number of tracks for some reason.

The big thing with the Scarlett is that it is USB and not Firewire. That means that we can use a laptop with it rather than bringing a hundred pounds of computer around with us. (Ask any of my bandmates how much they enjoy doing that when you have the chance.) 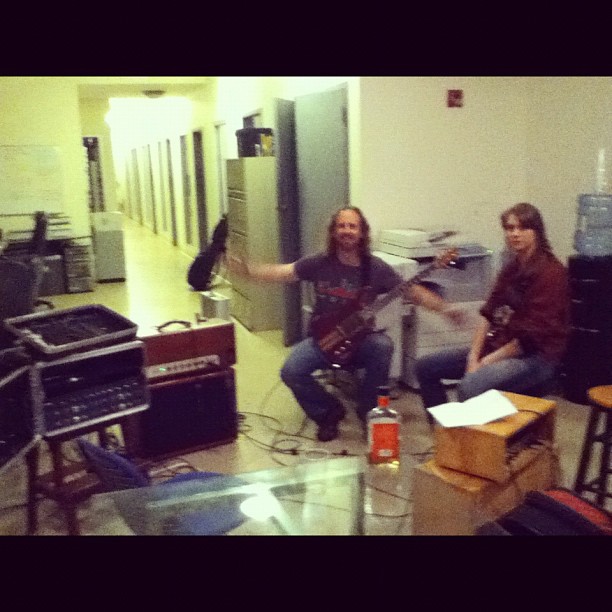 Did I mention that the Scarlett's interface is vastly better than the 2626? And I don't even use the 2626 drivers as a rule nowadays, having found that the Samplitude "low-latency" drivers work better with it.

I've done tests. Hoo boy have I done tests. And you shall be subjected to my tests. Oh yes you will.