Vangelis' scoring studio when he made the soundtrack to Blade Runner. It's sort of the height of analog gear isn't it? I don't even really like the BR soundtrack that much but this is kinda cool.
+++++
Delicate Cutters are playing New York City in September of 2012. The 26th and 27th. I'll see you then.
++++
Sexiness personified Nat Cassidy gives you his Greatest Hits. 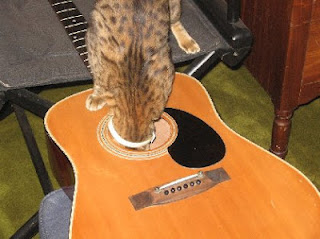