Trouble with a Capital "T"

As a sign of how old I am, I'm reduced to Facebooking the children of my friends just to talk to my friends.
+++++
So I met my two closest childhood friends, Todd and Billy when we were 4 years old and our mothers decided to carpool us to nursery school together at the Presbyterian church in Metuchen.
That's just background.
++++
Anyway, at some point when we were c. 19 years old, Billy had a cassette tape of a band that was a progressive/Celtic/something band. And starting about 10 or 15 years ago I started asking Billy what the name of that band was.
He didn't remember.
I thought the band was called something like Horseheads or something and I started conflating the fact that Billy lived Upstate New York with maybe the band being from Upstate or maybe Billy just heard of them there or something (saw them there?) 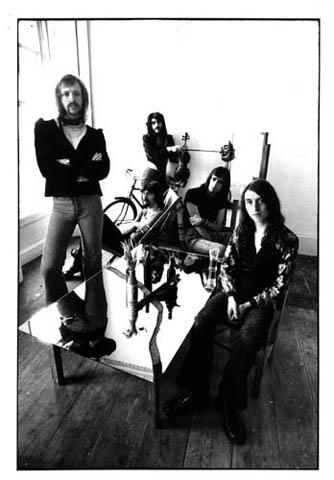 +++
Well this has been haunting me for a very long time. And irritating me. And then back to haunting me. I mean, seriously, what is this band?
++
While looking up versions of "Locomotive Breath" on Spotify I found a band... and I realized that the band was this band I've been trying to find all this time.
+
The band is "Horslips" and the actual album (which I never knew 'cause it was on a cassette) is called "The Book of Invasions."