So rather than wasting space on Bandcamp's servers with constantly uploading alternate versions of songs, I've been replacing songs with updated mixes. So now all the mixes are named "whatever the song name is" + "temp mix". And all seven of the tunes are here. 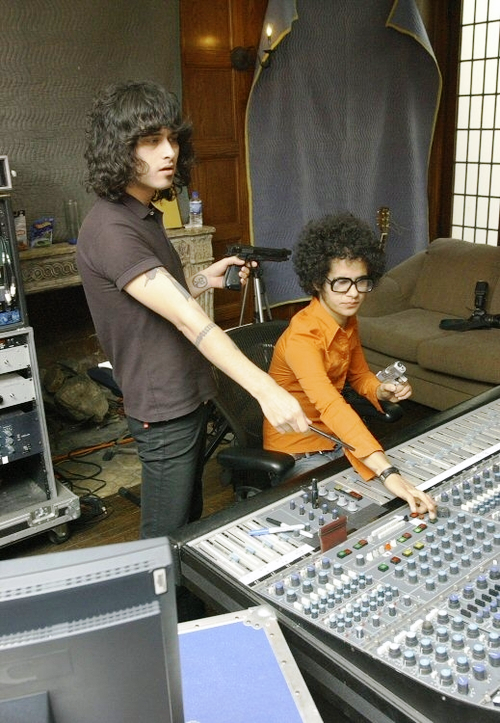 The mixes have not been getting better mind you. Indeed, they've all taken a bit of a step backwards. That's because I've locked them out into composites -- comping the drums, the guitars, the keyboards, and the bass -- which will later be mixed at Trax East.
The big deal is that I've taken any compression off of the drum overheads/room mics. This makes the drums quieter.
Essentially I've eliminated a bunch of the tricks I used to make the mixes seem more "complete" in order to let Eric make the mixes sound more complete. Because he can do it better, and anything I do will just make it harder for him to do it more tastefully/better.
But now that I have the tracks comped down (to no more than 11 stereo tracks) I could continue to make non-destructive changes and alterations in order to make them more "mix-y". Right now they're just (for the most part) all the tracks with the faders flat, and the only compression is some limiting on the 2-mix buss to prevent overloads. Of course, I added some compression to the guitars and such, just not the drums or bass. The vocals have all kinds of effects on them -- especially some autotuning because otherwise they'd be way out of tune.
at April 08, 2011