You know, Peter Frampton is a very precise yet tasteful guitarist -- especially for such a flashy guitar player. He gets those 32nd-note bits in with no slop at all. I mean really, where other flashy guitar players can be flashy and precise without being tasteful (I'm thinking Eddie VanHalen here). Or they can be precise and tasteful (David Gilmour). Frampton manages to be all three.


Perhaps I'm thinking David Gilmour because of the above (YouTube) 14-minute version of "Do You Feel Like I Do". I mean, most of the song is just I iii vii I -- you know, straight-up blues rock.
So the trick is getting as many textures as possible with those three chords. In other words, you better have a rocking rhythm section. But the guitar itself has a fairly tremendous dynamic range in this song. Especially for an electric guitar. And it's interesting that the energy of the song actually amps up during the pianissamo section.
The "talking guitar" section is the whole point though, right? Frampton pretty much ruins talking guitars for everyone else for all time just with this one solo. After hearing this, why bother even trying?
And again it's interesting to hear his incredible precision alongside the very tasteful use of dynamics and his phrasing -- which leaves very musical "holes" and space not only for the other instruments but for the "breathing" of the song itself.
There's songs like this which are so overplayed on rock radio that I think we tend to forget how good they actually are.
And if the moment where the band kicks in and the talkbox goes off doesn't bring chills up your spine, then you're not alive.
at December 10, 2011

I'm kinda over using heavy strings. As a teenager I played absurdly heavy flatwound strings. I still have my Hagstrom electric -- it won... 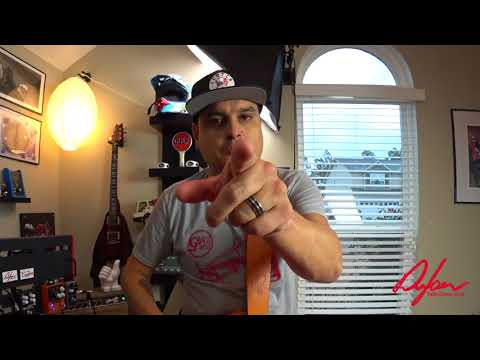