Fantasizing about building microphone(s). The Schoeps circuit seems to be the way to go. It's a simple circuit but it weirdly has a lot of stuff on it. And the kicker is that the kits are weirdly expensive.
DIY has a whole thread on it. 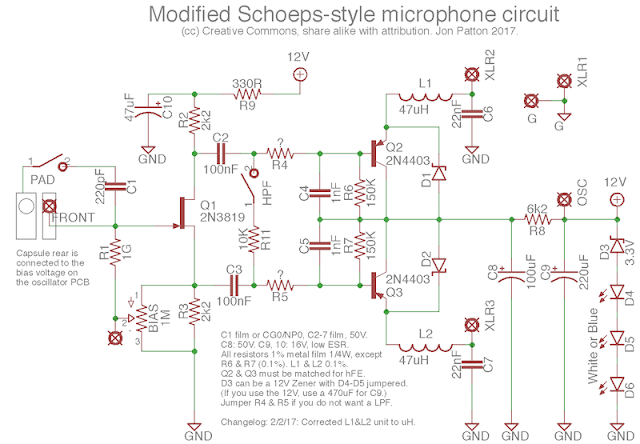 Pre-built boards fully populated with XLR's are just under $70.

That means that assembling it together from parts is about $40. If you were to just point-to-point it, then about $25.

Or, alternatively, buy a donor mic and party with it.