Chorus, cello, and flute. I was gonna do a tree with Schoeps on left and right and an AEA ribbon 84 in the center. Then I was gonna put a Blue ribbon on the cello and an Oktava 012 on the flute.

The Blue, although an active ribbon, picked up a world of electro-magnetic nonsense and was very buzzy. I think that's from the lights inducting some sort of blerg into the signal. So I swapped it out with a Rode NT-1A.

The room the performers were in is small. Nikolai pushed for the bloom position -- which was technically in the next room over. About 10 feet apart and looking through the sort of portico into the room with the singers.

But the AEA started picking up EMI. And that far away, it wasn't doing that much anyway (meaning: it was doing nothing.) And the whole tree wasn't doing a "tree" thing. So I took it off.

The floors at the museum are mightily creaky. And the actual "performance" version had the flautist walking from the upstairs down to our level (which involved a videographer clearing out of her way.)

So I put some de-crackling on the main left and right microphone tracks. And, as always, pulled out a bit of 500-ish Hz (I think it was in the 460's somewhere frequency-wise.) I also put some dynamic EQ on the thing in life which bothers me so much -- the grinding sound of 2.6kHz coming off of parallel walls.* 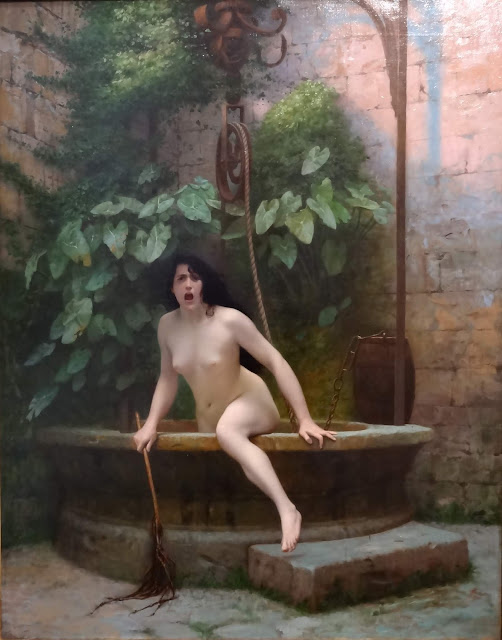 * Whether this sound is just in my head or actually exists may be open to debate, but it's nice to get rid of it.