I have a lot of complaints. One of my complaints is about how hip-hop had such promise. I mean really, the whole idea of taking finished recordings and then re-working them and putting them together to make new compositions is freaking brilliant. And yet. And yet the idea is squandered because of how conservative popular music has become.
Another complaint is with the ubiquity of the Roland 808 drum machine. The machine itself is cool, but for some reason the dictates of pop music involve us only having one kick drum sound as though some god of music laid forth the edict that if the drum soundeth not like an 808, it shall not be heard upon the radio.

Raphael Rudd used to call the insistence of those stupid beats which were Minimum Basic Requirements for songs on the radio "The Big Whack". It's gotta have The Big Whack. And except for a brief interregnum in the early 90's, we've been in The Big Whack era for a while now.

Songs which become hits despite refusing to obey the fiats of pop sound mixes like Gotye's "Somebody I Used To Know" could not be played on New York radio. That's right, it was a number 1 hit, a massive massive hit, and the Hot 100 stations could only play a version which had an 808 drum track providing The Big Wack throughout.

Lorde's "Royals" is another song notable for being an exception (although the percussion in it may in fact be an 808, the whole song is a critique of hip-hop's mindless conspicuous consumption and is missing The Big Wack.)

So. Is there literally a conspiracy making pop music so conservative? Yes. Yes there is. But I'm not here to talk about that. Not yet anyway. So let's continue:

Not every song needs a rap. But for the last 25 years pop songs seem to have raps forced on them.
Like disco, rap has ruined a lot of things simply because of its ubiquity. The commercial considerations of a song make people think things like this: "Oh man, we gotta add a rap to this song to push it over the edge!" 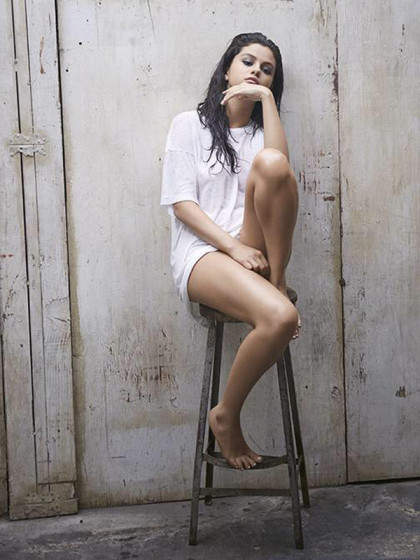 I really like this song recorded by Selena Gomez. Good for you is a nicely performed and cool tune with a beautiful melody and a subtle rhythm section.


So why am I complaining about this song?
Well you'll notice that it's one of those songs which has the same chord structure over the verse, bridges, chorus, and the "Oh oh..." sections. That's cool. The orchestration builds subtly from section to section. There's no big wack. But the tension builds beautifully to... nothing.
The song itself never resolves.
Now in the radio version there's a rap over the end. It also does not work. It does not add anything. It does not lift the song up in any way.
But we're not allowed to use any of our solutions to those kinds of problems. R&B is way too conservative to let us break into any sort of real up finish for a song like this. Of course, "Edge of Seventeen" by Stevie Nicks has exactly the same problem, so it's not exclusive to modern pop music or R&B.
But dear god-of-the-big-wack, please let us put a giant instrumental finish on this song. Please?
It would be so good for you.
at October 07, 2015